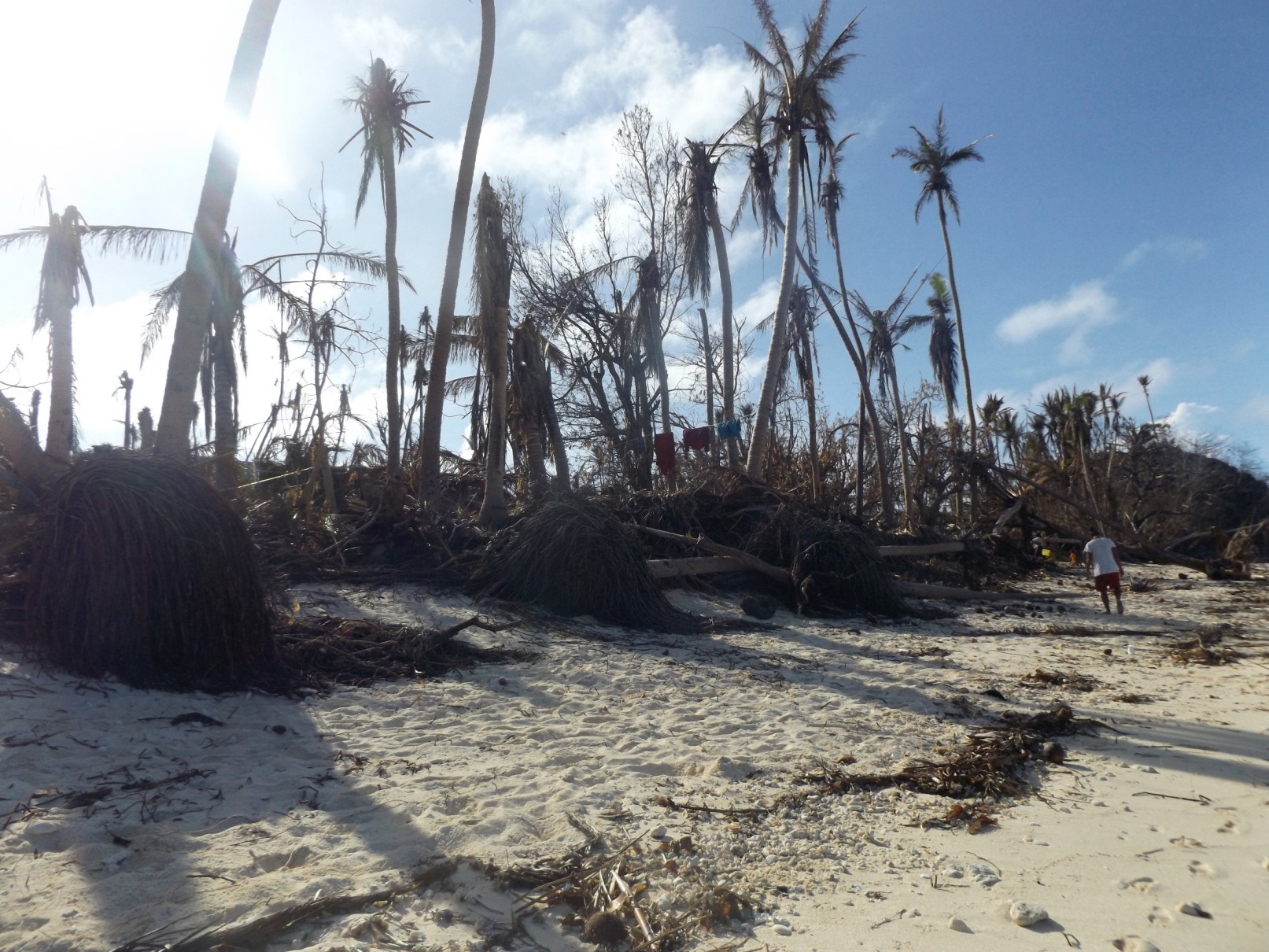 In March 2015 Anuta was struck by Cyclone Pam, which dealt extensive damage to the island’s homes, crops, and food storage. Though other news from around the world may have by now pushed Cyclone Pam into the back of your mind, you might still recall hearing about the storm. As it was passing through the southwestern Pacific, the international media reported extensively on the devastation brought to Vanuatu, where many tens of thousands of people, along with the country’s entire infrastructure, were affected. The media reported much less, however, on the affects of the storm as it passed through the eastern Solomon Islands on its way south to Vanuatu. Although the area affected in the Solomon Islands was smaller and less populated than the affected area in Vanuatu, the damage in this area was just as severe. Anuta, like its nearest neighbor Tikopia, took a direct hit.

Thankfully, no one in the Solomon Islands died as a direct result of the cyclone. Homes were destroyed, water supplies were contaminated, and, probably most seriously of all, gardens were ruined. By now all communities have regained some access to fresh water, and everyone has found shelter. But the damage to the food supply is still serious. The problem is a long-term one, since after the storm food supplies were depleted in affected areas faster than they were replenished through local production. Soon, we hope, this will turn around, as communities work to reclaim the cultivated lands that were damaged in the storm. In the meantime the people of Temotu Province can use aid and solidarity in getting through this difficult period.

The Solomon Islands National Disaster Management Office has done admirable work in the affected areas. But its resources are stretched thin. It also does not have the staff to process personal donations. Some parts of Temotu Province have been served by international aid organizations, to which you may donate in the following ways:

– Two NGOs, the Red Cross and World Vision, have been involved in the relief efforts in Temotu Province. They appear to be focusing their efforts on the Reef Islands. We have been unable to make contact with the Solomon Islands Red Cross, but you may contact World Vision through Brooks Dodge: Brooks_Dodge@wvi.org. You can also contribute directly to World Vision SI with this bank information: 1) Bank Name: ANZ 2) Address: ANZ Haus, Commonwealth street, Point Cruz, P.O. Box 10, Honiara, Solomon Islands. 3) Branch (BSB): 010950 4) Account#: 4431002 5) Account Name: World Vision International – Solomon Islands 6) Swift code: ANZBSBSB.

– Relief on the island of Taumako is being handled through the Vaka Taumako Project, which takes donations through Pay Pal: http://vaka.org/ (see the bottom of the page).

– Anuta, however, has not been served by any established NGO. To contribute to the recovery on Anuta, donate here:

Thanks for your time and consideration. We know there are many worthy causes in the world, but we’ve felt it important to inform you know about this one, which has received little notice elsewhere.